Evolution of Tapas, from Spain 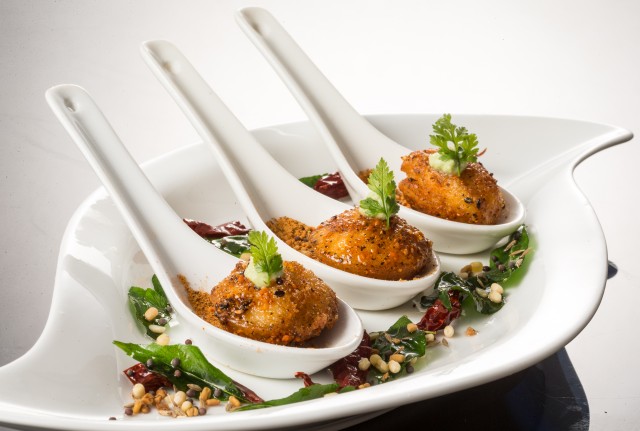 The literal meaning of Tapas is “cover” or “coaster”.

According to legend, the story unfolds in Castille, Spain, the very land of the legendary Don Quixote. In those times, men would frequent taverns and drink red wine (did you know that the earliest archaeological evidence of wine production is in China in 7000 BC?).  Since there were flies around, food served in little plates were used to cover the glass of wine – which is where it derived its name from.

An alternative historical story recounts of King Alfonso X el Sabio (the Wise). He prohibited the serving of wine without an accompaniment of food to prevent drunkenness and misconduct. In the North of Spain, tapas is known as Pinchos – meaning stick – as the food is often on a stick.

Another story tells of how King Alfonso had stopped to rest in the town of Ventorillo del Chato during a long journey, and he ordered a glass of sherry. As there was a strong wind which blew dust in the air, he was served his glass of sherry covered by a slice of ham to prevent sand from contaminating the drink. The King liked it so much that he ordered seconds, exactly like the first, covered (tapa) with jamon.

Over time, the meaning of Tapas has evolved. Today it is widely known as an appetiser or snack which is consumed with a drink.

What about in Malaysia? The vision of bringing Indian street food to the elitist restaurants of the world have introduced a new breed of dishes in London, New York, Toronto and Sydney… and now, to Kuala Lumpur by our expert culinary chefs.

That is why, The Big Rajah himself, Dato’ Dr John William, went to Asia’s top restaurant in Bangkok (one of the top restaurants globally), to capture the essence and taste of the very best in the world and serve it to his countrymen back home.

In our next innovative series of food design, we will introduce our Indian Tapas Menu… all halal to the tickle the tastebuds of us Malaysians.