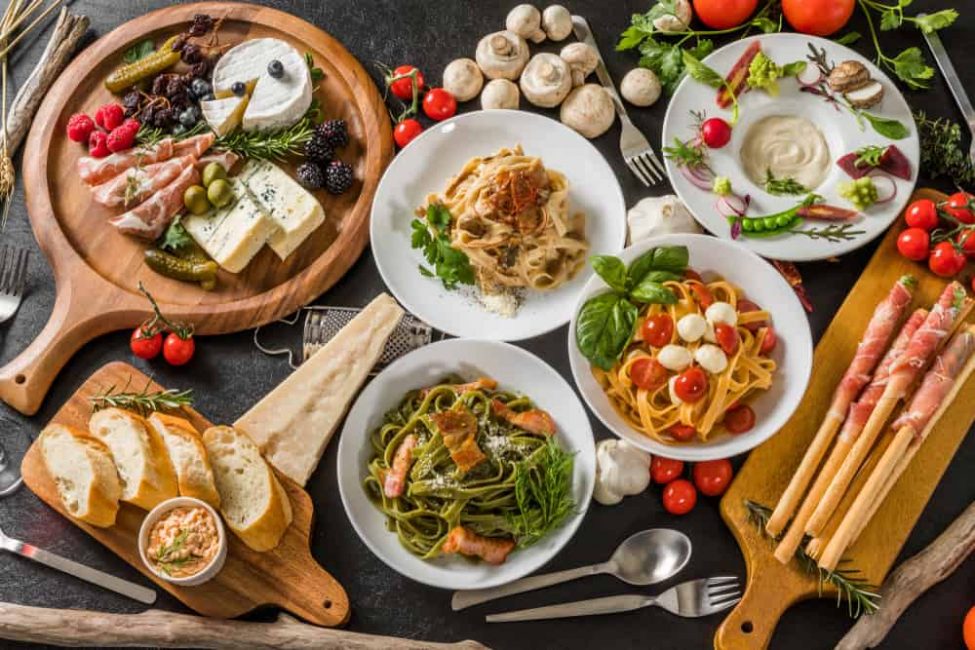 When one thinks of Italian food, the first thoughts that immediately come to mind are commonly Italian cappucino, Italian pizza, Italian pasta… or for the more discerning, Italian gnocchi or polenta. However, very few of these dishes were invented before the discovery of America by Christopher Columbus in 1492 or the conquest of the Ottoman Empire in the 16th century.

Was coffee a native plant in Italy or was it brought to Italy and finally expressed as mocha, cappucino or espresso? According to historical records, coffee was first discovered in Ethiopia by Ethopian farmers and herders. Its original name, bunn (or bunna) came from the Ethiopian Kingdom of Kaffa…where the Dutch finally adopted and called it “koffie”.

From Ethiopia, these coffee plants were then brought to Yemen and Egypt and spread through the Arab world through the Sufi Muslims, throughout Europe by the Ottoman Empire, and later to Indonesia and Latin America. The first coffee house was founded in Constatinople. Today, the World Bank estimates that there are around 500 million people involved in the coffee trade globally.

And what about Italian pasta, pizza, gnocchi and polenta – amongst the most staple and popular Italian food? The core ingredients are made from tomatoes, potatoes, maize and bell peppers – brought to Europe from South America by traders. Not forgetting chocolate too!

Tomatoes and corn were native to Mexico. Chocolate drinks originated from the Maya and Aztec empires in Peru (originally mixed with hot pepper!). Capsicum found its roots from Cuba. Potatoes from South American Indians of Bolivia, Peru and Chile.

The demands for these produce found a huge following from Spain, Italy, France, Holland to the British empire in the 15th century. However, the first recipe for Italian pasta with tomato sauce was written only in 1891 by Artusi in “La Scienza in Cucina”: a recipe for Neapolitan macaroni.

It is also here in Naples where the classic Margherita Pizza (tomatoes, basil and mozzarella) was first created by a baker called Raffaele Esposito. In 1889, while the King of Savoy, King Umberto 1 was traveling with his Queen, Queen Margherita from the South to the North of Italy, she was famished and all the shops were closed except for a baker. He was then commissioned to present 3 kinds of pizzas to the Queen – of which her favourite was the one made with mozzarella, basil and tomato. This pizza was then named in her honour, Pizza Margherita. It is even said that the the national Italian flag was evoked by the colours of this pizza – green (basil), red (tomatoes) and white (buffalo mozzarella).

Talk about a country so passionate about its food that it can see its food history displayed on its national flag!