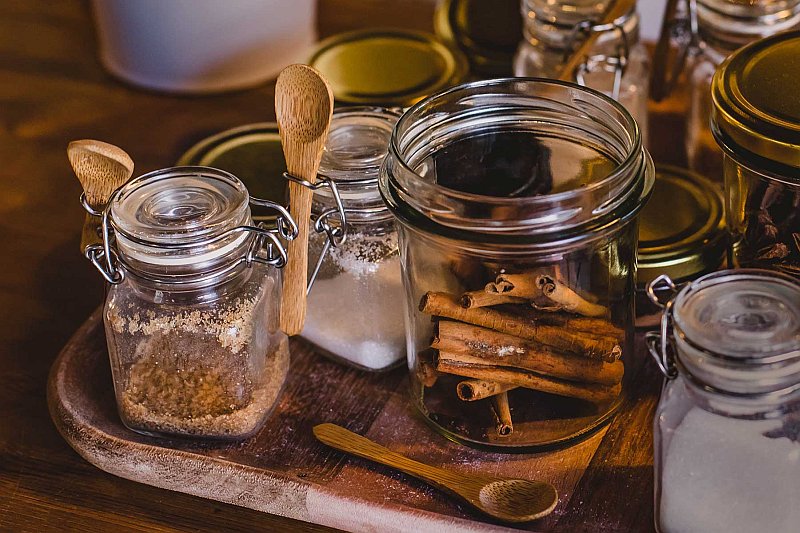 Cinnamon, and its relative Cinnamomum velum or C. cassia) have been valued highly for both flavor and medicine. This spice obtained from the inner bark of a tropical tree from the genus Cinnamomum is used in both sweet and savory foods.

Cinnamon is regarded as a gift fit for monarchs and some may claim, even for a god especially among ancient cultures and nations.

Cinnamon adds a distinctive flavour and aroma to any dish. Asians use this spice in sweet, savory and spicy dishes. The Indians use it in their curries and dessert. They also add it into their tea, The Arabs do the same for their coffee.The Romans use cinnamon to make strong, bitter wine palatable. The Greeks use it for their meat and vegetable dishes. Almost all other cultures use cinnamon in their baking especially desserts like pastries, cakes, biscuits, custards, pudding and breads.

Cinnamon is best kept in an air tight glass container and refrigerated to maintain its freshness and potency. The sweet smell in cinnamon indicates its freshness. The quality of cinnamon is varied and determined by its size of its quill and the number of quills per kg.

These groups are further divided into specific grades. Any pieces of bark less than 106 mm (4.2 in) long are categorized as quillings. Featherings are the inner bark of twigs and twisted shoots. Chips are the trimmings of quills, outer and inner bark that cannot be separated and the bark of small twigs.