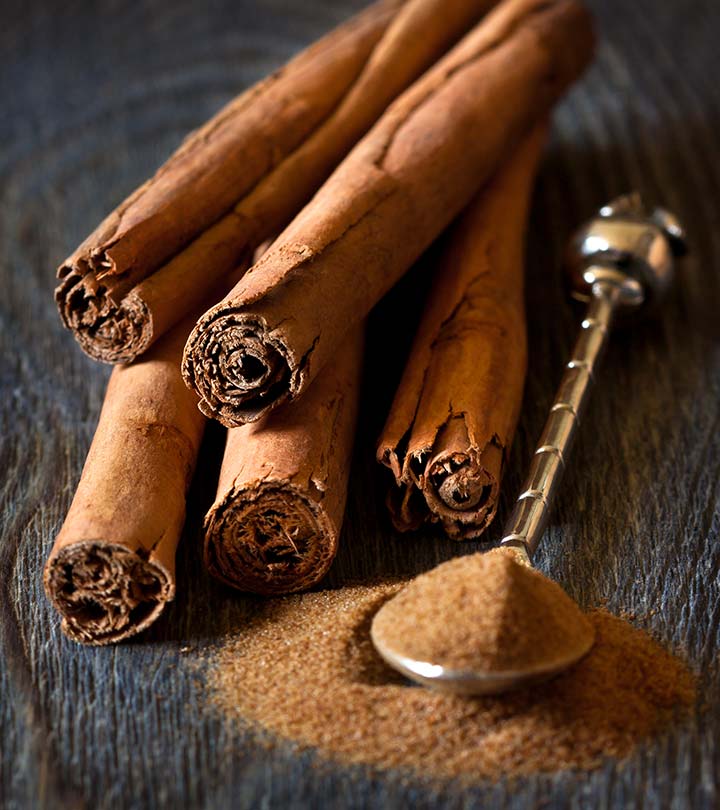 Following the first part on our introduction to cinnamons, here is the second part that explains the benefits of cinnamon:

1. Blood sugar control
Numerous studies show that cinnamon regulates blood sugar and can help those with insulin resistance. It is good for Type 2 diabetics and hypoglycemics.
Adding cinnamon to high carb food will help lower the impact it will have on blood sugar levels. Research conducted at Malmo University Hospital examined how 14 subject’s stomachs emptied after eating rice pudding laced with cinnamon. Scientists concluded that the rice pudding lowered the gastric emptying rate from 37% to 34.5% and reduced blood sugar levels after eating. Another study published in 2009 suggests that taking/eating cinnamon twice a day for 90 consecutive days can improve blood sugar levels.

2. Assist weight loss
Since Cinnamon increases insulin’s capacity to metabolize sugar – cinnamon may help reduce hunger pains and sugar cravings, which could help reduce weight. Especially those who have diabetes and find it hard to lose weight. This article cites Dr. Greenburg of Tufts University says that their research holds promising possibilities for weight loss.

5. Disinfectant and antibacterial
It has natural anti-infectious compounds. Certain studies show that cinnamon has been effective against ulcer-causing H. pylori bacteria and other pathogens. Cinnamon’s oils and nutrient composition can reduce the symptoms of the virus. It can help to alleviate respiratory infections. It is also anti bacterial.

6. Cognitive Development
According to a German study those taking cinnamon improved their response times and memory recall. According to a study authored by Dr. P. Zoladz, simply smelling cinnamon can boost cognitive processing and stimulate brain functions.

8. Cancer prevention
Research done at the University of Texas, published in the journal Nutrition and Cancer cited that cinnamon may reduce the proliferation of cancer cells. Another study found good results with leukemia and lymphoma cancer cells. Cinnamon has two chemical constituents called cinnamaldehyde and eugenol (from cinnamon oil). These were used to develop nutraceuticals that have proven to be effective in fighting colon cancer cells (eugenol) and human hepatoma cells (cinnamaldehyde).
Research studies show that sugar may be causing or sustaining cancer cells and cinnamon may have a mitigating effect by controlling blood sugar levels in the body. So the evidence seems to suggest that cinnamon is starving cancer cells of the sugar needed to sustain them.

9. Supplement
It contains fiber, calcium, iron, and manganese.
It’s been proven effective for menstrual pain and infertility. Cinnamon contains a natural chemical called cinnamaldehyde, which studies show increases the hormone progesterone and decreases testosterone production in women, helping to balance hormone.
According to the University of Maryland Medical Centre, cinnamon has high levels (73% DV in two sticks of Cinnamon) of manganese. Manganese is used to build bones, blood and other connective tissues.

10. Anti-oxidant
Cinnamon is one of the top seven anti-oxidants in the world. Anti-oxidants reduce the formation of free radicals that cause cancer. A study found an ORAC value of 267536 μmol TE/100g (USDA 2007) from cinnamon meaning that it not only gives flavor to food but it is high in anti oxidants.

11. Irritable Bowel Syndrome (IBS)
Cinnamon can reduce the discomfort associated with IBS especially the bloating. It does this by killing bacteria and healing infections in the GI tract and enabling the gastric juices to work normally.

12. Tooth Decay and Gum Disease
Again the anti-bacterial properties of Cinnamon play a crucial role in getting rid of harmful bacteria without damaging your teeth or gums. It’s one of the reasons that Cinnamon Oil is often used in chewing gums, mouthwashes, toothpaste and breath mints.

14. Alzheimer’s Disease
An Israeli study done at the University of Tel Aviv that found sufficient evidence to conclude that cinnamon can delay the effects of five aggressive strains of Alzheimer’s inducing genes. Another study also finds that orally administered cinnamon extract has had good success in correcting cognitive impairment in Alzheimer’s Disease in animals.