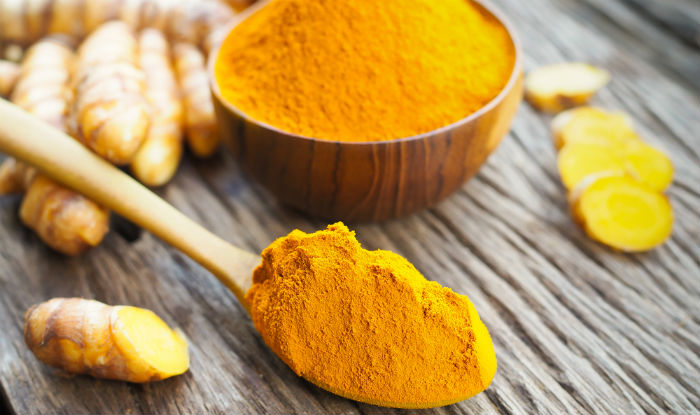 Turmeric is known for its many benefits, be it culinary or even medical. It is also known as Indian saffron. In food, it is typically used in the form of dry powder. The rhizomes of the plant are boiled for hours then dried in an oven. After that, they are grounded, giving you the earthy orangey powder often used in curries. You’d find turmeric in a variety of cookery apart from Indian, such as Vietnamese, Indonesian, Iranian and Persian.

Most of the world’s turmeric originates from India. Turmeric is one of the key ingredients in curries. Of course, you’d also find it in soups, rendang, sate padang, and even sweets! It is also valued as a dye for food such as cheese, yogurt, margerine, mustard and salad dressings. The essential oil of turmeric is also used in perfumes.

Studies from UCLA and University of Maryland’s Medical Center suggests that curcumin, the active ingredient of turmeric, blocks cancer and acts as a powerful antioxidant. Researchers also believe that the antioxidant and anti-inflammatory properties might be able to break down amyloid plaques in the brain that are responsible for Alzheimer’s disease.

Medicinal value is found in the root of turmeric. It has long been used to counter headaches, stomach pains, diarrhoea, intestinal gas, arthritis and liver disorders. Some apply it topically to wounds, sores and bruises. Though more research is necessary to confirm the effectiveness of turmeric for the mentioned conditions, recent research show that taking turmeric can help against osteoarthritis as it is a potent anti-inflammatory.

Turmeric is particularly significant in Indian rituals. The dried root is a symbol of purity, prosperity and fertility. It is commonly used in wedding ceremonies. Turmeric paste is applied to the bride’s face and arms. The wedding saree of the bride is sometimes dyed in turmeric powder. A piece of dried turmeric is tied with strings and worn, marking the change in status of the bride, from single to married.