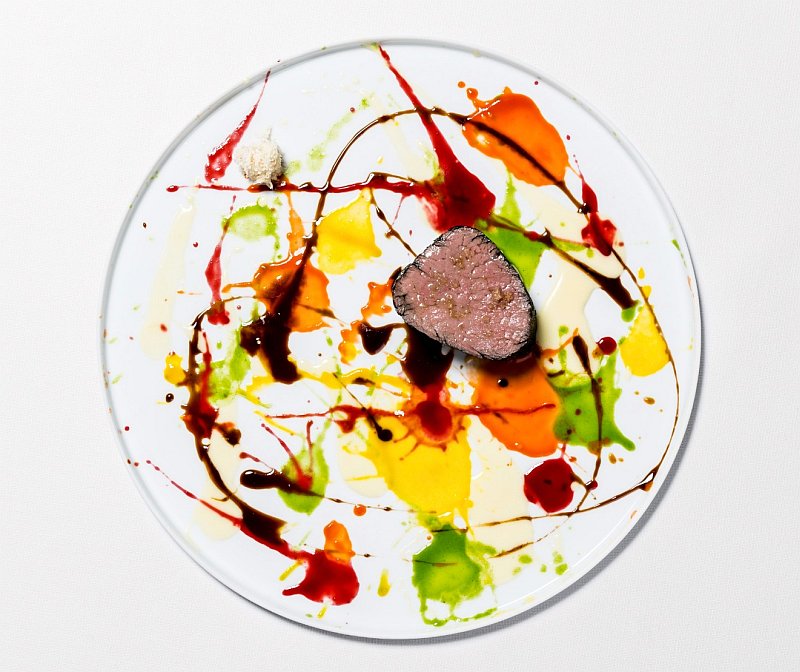 Osteria Francescana – “where dreams become food poetry” according to The Big Rajah, Dato’ John William, as he experiences the numero uno amongst the World’s 50 Best Restaurants.

In 2015, the Osteria was second place and for the last five years, it has been amongst the top 5. It won its third Michelin star in 2012, and according to Michelin, it is the best restaurant in Europe.

Owned and run by Massimo Bottura in Modena, this luxury restaurant is extremely hard to place a reservation. Almost a year ahead if you are lucky.

The Big Rajah, Dato’ John William, however is resourceful and manages to reserve a table during his Gourmet Escapade in Italy. Both he and his wife savoured the world’s finest, to investigate what makes the world’s best and to bring back its echoes to The Big Rajah and to the community in Malaysia.

The dining room, one of three, is large and square. With Andrea Boccelli crooning at the background, above rests a vision of art by Damien Hirst. This could be an expensive restaurant – or house, or art gallery – anywhere: luxury has no country. On the first year, the entire Modena ate here, the second, almost no-one and on the third, the world, according to an inscription.

The menu was meticulously and delicately planned with a perfect balance of flavour – intra and inter dishes. Of all his dishes, the Five Ages Of Parmesan won Dato’ John over. Apparently, it took Massimo two decades to perfect it. Those five cheeses of different ages are: a sauce, an “air”, a demi-soufflé, a foam and a galette, which stands above the rest like a tiny spaceship – but it looks and tastes marvellous.

Food obsessed lovers share a passion that binds them together – and that is what John William and Massimo Bottura find their calling in lives. To spread the poetry of food and their gourmet dreams creating joy and comfort in the world.