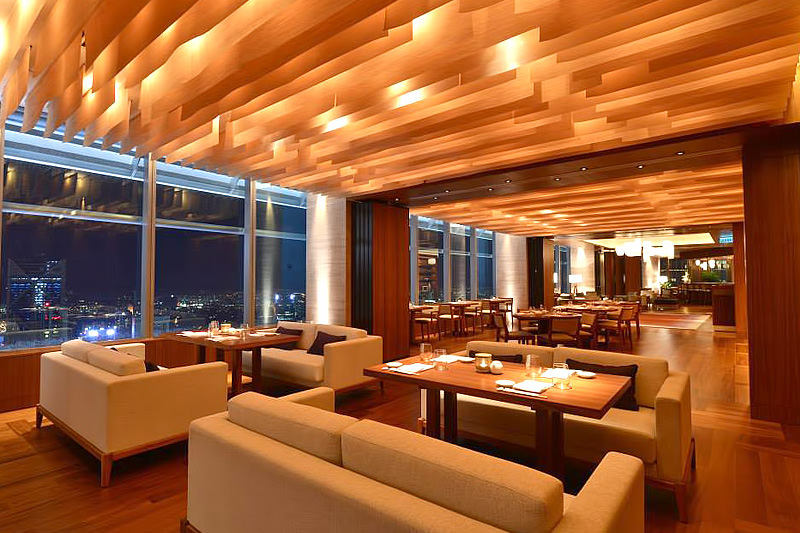 Named after Nobuyuki Matshuhisa (or known to the world as “Nobu”), the highly acclaimed chef proprietor teamed up with Hollywood film producer Meir Teper and legendary actor Robert De Niro to open its first sensational restaurant in New York in 1994.  Today it boasts of 32 restaurants that spun around the globe.

Nobu brings the infusion of contemporary Japanese cuisine infused with South American flavours (notably Peruvian and Argentinian) to the sophisticated tastebuds of the discerning crowd in Malaysia.

Perched right alongside the Twin Towers, the restaurant offers uncompromising view of the city. The interior décor is simple but tasteful.

My visit there over lunch saw the 5 star Michelin chef serve a 7 course “omakase” (a Japanese term for chef’s selection) which included an exceptional selection of sashimi spread and tenderly cooked beef tenderloin. My favourite was the black cod fish where the it simply melted in my mouth.

Presentation of the food is like its interior – zen style – simple and yet elegant, not particularly elaborate. Personally, I felt that there could be improvement in the overall presentation of the restaurant and food.

Although the service staff were very helpful, it would have been better if they were to take their time in enticing their customers and slowly explaining their menu offerings.

In conclusion, an expensive restaurant with exquisitely designed dishes, combining culinary flavours creatively but worth the money!