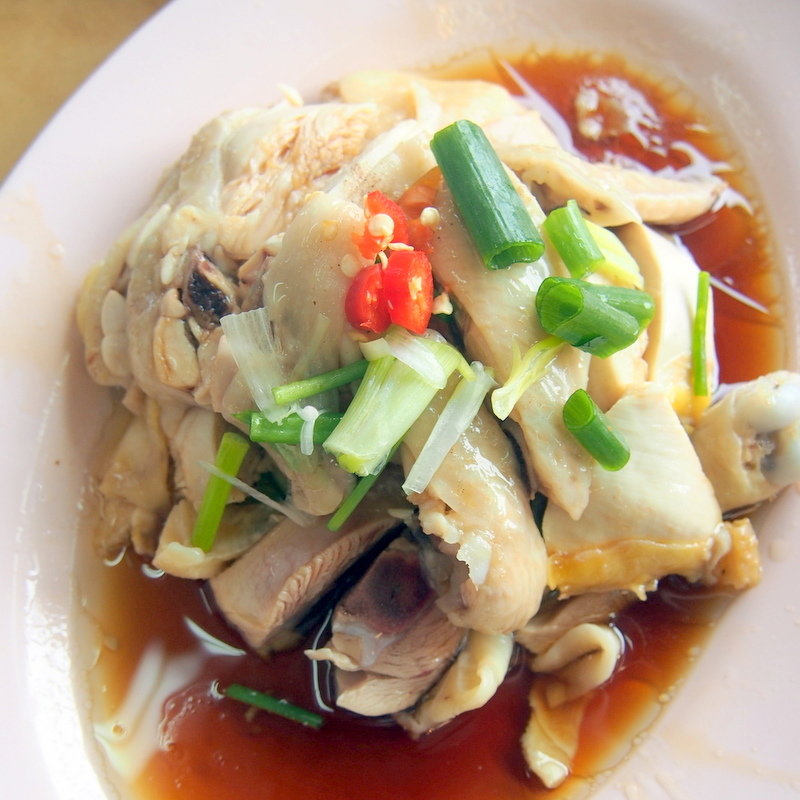 I am often asked by friends and journalists alike – “what is your favourite type of food?”. Of which, I would reply  “Chinese” without missing a heartbeat. My friends describe me as an English man in an Indian body with a Chinese stomach. That itself will tell you a lot about me.

One of my favourite food destination, as a Malaysian, is Ipoh. I just love the “Ipoh Taugeh Chicken”, or as the locals fondly calls the dish “nga-choy Kai”. After sampling many shops including the famous stores in central of Ipoh (such as Low Wong or Onn Kee where tourists flood), my favourite one of all is an off the tourist track, well-hidden shop in Buntong where locals frequent, which opens only after 8pm.  Simply unbeatable!

This little no-name store, known around town just as Fifteen Tower Taugeh Ayam, is proudly run by Mr and Mrs Leow, whose son worked very hard to help his father in his shop and is now a qualified medical doctor from University Malaya, working and studying his way to the top. His “adopted” son, and Indian young man, speaks fluent Cantonese and helps out with the business.

Not only do they sell immaculate ngah-choy kai, they are very well known for their chicken feet in dark sauce. This dish is sumptuosly delivered after many hours of boiling and preparation with secret spices and herbs. The bean sprout is world famously fresh. The chicken is mouth-watering… but the best kept secret is their thick double-boiled chicken broth where the most tasty “sar hor fun” (flat rice noodles) spring out from. These noodles need virtually no chewing and slithers smoothly down your throat. You can also opt for the dry version, with dark sauce instead of broth, if you prefer.

One of my Ipohite friend proudly tells the story of how, in her visit to a famous restaurant in Tokyo, while having a little chat with their chef, at the mention of Ipoh, the Japanese chef’s eyes ligted up and he told her how the best bean sprouts in the world came from Ipoh. Indeed, there are few places in the world where bean sprouts taste as good. The locals attribute their juicy bean sprouts and flat noodles to the water from their majestic limestone hills.

Next time you are in Ipoh, do stop by this little Buntong store (though ambience is not that great) and indulge yourself in their unforgettable “ngah-choy kai”. Address: Pusat Makanan Zui Xiang Cun, Jalan Tun Abdul Razak – near Medan Kidd.