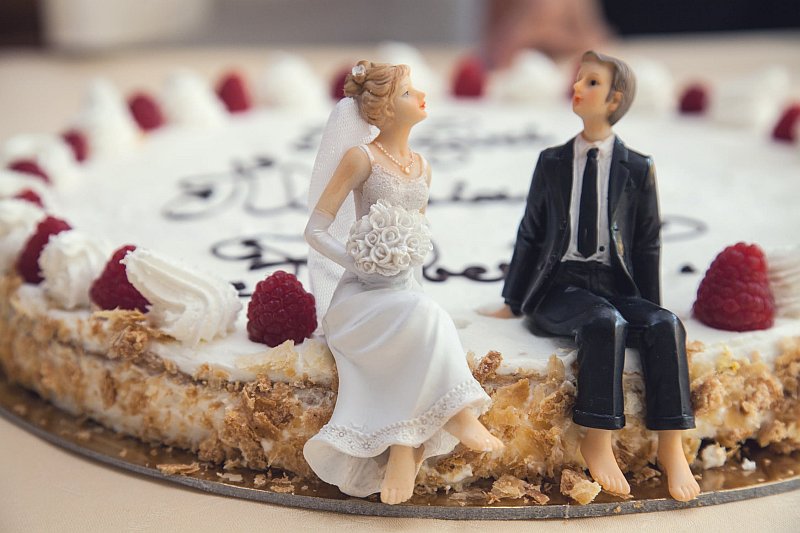 During the pre-wedding (the engagement), couples exchange rings in the presence of friends and families, followed by a feast thereafter. The making of the wedding flag (twigs intertwined with apples) marks the beginning of the wedding week and this is done at the home of the bride.

An interesting old fashion tradition is the rolling of babies on the matrimonial bed where babies of families and friends are gently rolled from side to side to bring fertility luck. The bed is also decorated with sweets, coins and rose petals.

On the day of the ceremony, the groom’s flag bearer raises his flag and the procession makes it way to the bridal home where the groom is greeted by the bride’s mother and asks for her blessings.

The Ceremony itself consists of 2 main stages – the Bethrotal and the Crowning. At the bethrotal, a priest blesses the rings over the heads of the couple, three times. Traditionally, this was an oral petition between the suitor and the father of the bride, that is translated “the giving of the pledge into the hand”. These rings are placed on the third finger of the right not the left hand.

An interesting point to note is that engagement is still practiced where the exchange of rings was first to be worn on the left hand and is only worn on the right at the bethrotal blessing ceremony during the wedding.

The Crowning is the highlight of the ceremony where the couple is crowned by garland wreaths, vines or crowns. This symbolizes the unity of the couple and the presence of Christ who blesses and unites them as king and queen of their home. A white ribbon uniting the crown is to be kept intact for life.

No Greek wedding is complete without the burning of 2 white candles (lambades) by the Bible indicating that Christ, the light of the world, will light the way for their new life together. A special sweet wine offered by the priest to the couple during the ceremony is drunk from one cup and symbolizes that, although they are two separate individuals, they share the one life together.

At the reception, the feasting and dancing commences. The first dance is performed by the bride and groom together, known as the Isaiah dance. Thereafter, the bride leads the dance with her entire bridal party holding hands and forming a circle. Money is thrown at the musicians and the dishes are broken on the dance floor for good luck. This was done in the ancient times to indicate the wealth of the family as they would burn the plates after the weddings instead of washing or recycling them for other uses.

During the reception, the bridal floral bouquet or a pomegranade could be thrown by the bride – symbolising fertility due to the many seeds contained in that fruit.

One prevailing culture that has permeated through many parts of the world is the Koufetta, or known as bambouniere- This is a little sweet gift for the guests that originated from the Greeks, and spread to many other cultures in the world.

The husband now brings his wife to his new home, where she will throw an old piece of iron to the roof to symbolise the strength of this new home that they are establishing.

An interesting practice that has continued through the times is that of dowry. Dowry is still performed today, given by the bride’s family to the groom.